The brain is an intriguing organ. Although we know a lot about the functioning of the human brain and animal brains there is still much about brains that allude us. Study on the brain is continuous and often scientists turn to animal brains in order to find out more about our human brain.

You are probably wondering:

What is so astounding about an animal’s brain?

You may even ask:

Well here are eight neurological facts about animal’s brains that are sure to do more than raise a few eyebrows. These facts will throw all your assumptions about brains out the window.

Leeches that have 32 Brains

Scientist study everything about leeches, including their neurological structure their genetic makeup and their gut bacteria. Iain Whitaker, a professor of plastic and reconstructive surgery at Swansea University in Wales says “Leeches are a really interesting — and simple — model organism,” he adds “You can study them from lots of interesting angles.”

Each segment has its own brain. Each segment has its own neuronal ganglia which are connected to it neighboring ganglia. So Anatomically speaking a leech has one brain that exists in 32 parts. However, because each ganglia control their segments they reside in, and generally work independently, Physiologically speaking the do, in fact, have 32 brains.

C. elegans is a tiny measuring just a millimeter long. It is a transparent animal that feeds on bacteria. It is readily studied by scientists for various reasons; one of its attractions is the comparative simplicity of its brain. The C. elegans brain has just 302 neurons and 8,000 synapses (neuron to neuron connections). All of these worms share, approximately speaking, the same connections, meaning that all of their brains are wired up in more or less the same manner.

The colossal squid eats through its brain

The colossal squid is the largest known squid on Earth if you go by mass. It has a doughnut shaped brain. The hold in the middle of the brain is quite small but makes room for their esophagus, which runs through the hole. The esophagus has a diameter of around 10 mm (.39 inches). The brain of the squid is not very large weighing approximately 100 grams (.22 pounds). A strange and interesting fact about this animal is that they need to tear up its food into very small pieces so that they do not injure their brain when they swallow.

Some spiders’ brains are literally too big for their heads

Irrespective of the size of the spider’s body its brain always remains the same size. All spider species have to perform the same, more or less, basic tasks. Some spider tasks are fairly complex and thus a large portion of their body needs to be occupied by brain cells. Brain cells cannot be too small or they will not function properly, so some spiderling young have to sport bulging bodies just to contain all their brains.

Smithsonian Tropical Resarch Insitute scientist William Wcislo explains: “The smaller the animal, the more it has to invest in its brain, which means even very tiny spiders are able to weave a web and perform other fairly complex behavior. We discovered that the central nervous system of the smallest spiders fill up almost 80 percent of their total body cavity, including about 25 percent of their legs.”

Woodpeckers strong skulls save them from brain injury

Woodpecker’s pecking against trees and telephone poles subjects them to enormous forces. This force could easily do their brain injury but it does not as the woodpecker has an extra strong skull. Scientists from Beihang University in Beijing and the Wuhan University of Technology have examined the thick bone that cushions a woodpecker’s brain.

Stephanie Pappas in her article Why Woodpeckers Don’t Get Concussions explains:
“The woodpecker’s brain is surrounded by thick, platelike spongy bone. At a microscopic level, woodpeckers have a large number of trabeculae, tiny beamlike projections of bone that form the mineral “mesh” that makes up this spongy bone plate. These trabeculae are also closer together than they are in the skylark skull, suggesting this microstructure acts as armor protecting the brain.”

One way of measuring intelligence is by seeing the degree to which the cerebral cortex of the brain is folded. The more folded the cortex, the more room there is within the brain to contain additional neurons (brain cells). Neurons are responsible for the processing of information. Dolphins are the only animal to have a more folded cortex than humans. Some scientists believe that the main reason dolphins have such a large brain is so that they can process information from their complex echolocation (biosonar) system. The more widely accepted theory is that the larger brain supports complex cognitive abilities.

The corvids have surprised scientists with their remarkable memory, their ability to employ complex social reasoning and their capacity to craft and use tools. Mr Bird, who is based at the department of zoology at Cambridge University and is supervised by Dr Nathan Emery, says: “I would rate corvids as being as intelligent as primates in many ways.”

The corvids are a group of birds that include: ravens, crows, jackdaws, jays, rooks, and magpies. They are very social birds who have the ability to identify individuals, form alliances and nurture relationships.

Sea squirts eat their own brains

Sea squirts are hermaphrodites (they have both male and female reproductive organs). They spawn by releasing eggs and sperm into the water at the same time. Soon eggs develop into free-swimming larvae. As the larvae aren’t capable of feeding they soon attach themselves headfirst to a spot where they will spend the rest of their lives. Then the transformation begins and the sea squirt larvae begins absorbing all their tadpole-like parts and it even absorbs the brain (cerebral) ganglion. (It develops the intake and exit siphons that help it bring water and food into its body where its gills once were).
So it is true that the sea squirt devours its own brain but luckily this occurs after the creature has stopped needing it.

The male three-spined stickleback of two morphs in an Icelandic lake have 23% heavier brains than their female counterparts. It is believed that the dramatic discrepancy in the size of the female and male brains is due to the many cognitively demanding challenges that the males of this species are faced with. The male fish put on elaborate courtship displays, and construct ornate nests. Furthermore, only the males are involved in parental care.

These are the only species known where there is such a big disparity between the two sexes’ brains.

So we have seen some wild neurological facts about animal brains. These facts are sure to have unraveled many assumptions you may have had about animals and their brains. 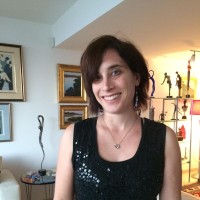