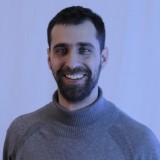 This year has seen a lot of pain and heartbreak on a global scale, with many tragic events that seemingly just keep piling on. However, there is a bit of light in it all: Thousands of scientists all over the globe have been hard at work and have made some amazing discoveries, created impressive devices, and achieved seemingly incredible successes. Some of the stuff is literally like it’s taken out of a sci-fi show, and it seems that we are only getting started. Don’t believe me? Check out this list, and maybe you will: Bionic eyes enter human testing stage […]

Animal lovers rejoice! A San Francisco based company, not-so-aptly named Memphis Meats has been making splashes among vegans and meat lovers alike. Their first big media moment was when they revealed what they called the “world’s first cultured meatball”. This doesn’t mean that the particular meatball in question could read or recite Keats, but rather that it was lab grown from animal cells, or “cultures”. Growing meat How the whole thing works is fairly simple in principle: The team harvests stem cells from cows, pigs, and chickens, turkeys and then they use their cell renewal technology to grow more cells […]

During the 1950’s a lot of curious things happened. The red scare was at its height in the US, and the USSR and USA were locked in a pretty insane nuclear arms race that had the rest of the world biting at its fingernails. Things were tense, to say the least. Like two ego-fueled high school jocks, two superpowers were always looking for an excuse to flaunt their power and superiority over the other, and heaven forbid if your nemesis outdone you in some manner. If you have this in mind, it might not be a surprise that the US […]

“You cannot make a machine to think for you”. This was the beginning of a talk held in Manchester, England on one, presumably rainy, afternoon of 1951. The talk, held by one Alan Turing, was meant to present his “Heretical Theory”, as he himself called it. And heretical it was, as the father of modern computing went on to explain why that very first sentence of his speech was completely wrong. Turing presented a paper he wrote a few years earlier in which he explained that computers could be used to mimic human brains. Now, an interesting thing is that […]

One of the greatest minds of our time came with a number of peculiarities and behavior that people of his time deemed “eccentric”. He was a kind, but passionate man, with numerous talents and a great love of life. At the same time, he was a very hard man to live with, and his devotion to his science often left his love life in shambles. A celebrity, an activist, a scientist, a friend, he was many things to a huge number of people in the tumultuous time of the past mid-century. One thing is certain: This amazing character has reshaped […]

Have you ever looked up at the night sky and caught yourself wondering how many stars are there? Or how many people have been on the Moon? How long did they stay? Maybe you want to know what is the biggest, or fastest, thing we discovered so far? Do you know which man-made object is currently farthest from Earth? Space is really, really big. (“Not as big as yo mama!” is heard somewhere in the background). Naturally, that means that there is a mind-boggling amount of interesting and awe-inspiring stuff that we have discovered about it. Some of the facts […]

How Deep Is The Ocean: This Incredible Infographic Explains The Ocean’s Depths

There is a ton of information regarding how deep is the ocean, or how big it is. But one question that people often forget to ask is, where do we figure in there? How deep can we dive? How much of the ocean have we explored? If you have ever wondered what our connection to the ocean deeps is, you’re gonna love this infographic! Embed How Deep Can We Dive on Your Site: Copy and Paste the Code Below <img src="https://www.thedailyresearch.com/wp-content/uploads/2016/04/How-Deep-Is-The-Ocean-Infographic-by-The-Daily-Research.jpg" width="540"><p>How Deep Can We Dive – An infographic by the team at <a href="https://www.thedailyresearch.com/how-deep-is-the-ocean/">The Daily Research</a></p> Here’s a closer […]

Wojtek (Vojtek), the Syrian bear that garnered fame during the World War 2, led an interesting life, to say at least. This beer-drinking, Nazi-fighting bear was just a cub when he was found by the Polish army, but he went on to do great things that led to numerous statues of him being built. This is his story. Polish prisoners and an Iranian bear It was spring of 1942 and tens of thousands of polish prisoners, captured during the soviet invasion of Poland in 1939 where released from the soviet gulags in Siberia. These men and women, held in soviet […]

For more than 20 years now, there is a unique song that is echoing through the Pacific Ocean. This song, of a very singular whale that is calling out in search of company, on a frequency like no other, has baffled scientist and captivated imagination of laymen for decades. The story of a whale nicknamed simply “52” begins in 1989 when a US Navy hydrophone array picked up an unusual signal. This facility, that was used to detect submarines during the cold war, prior to being declassified and repurposed for oceanographic research, discovered a series of whale songs that were […]