There’s always that one person at a party who says they’re notoriously bad with names or faces, but did you know that not being able to recognise someone can actually be the cause of a medical condition?

Prosopagnosia, also known as face blindness, is a cognitive disorder where sufferers can’t recognise faces – even those most familiar to them, like their children, their spouses, their parents, and even their own. Other visual processes remain intact, though, so sufferers can still tell objects apart, they just can’t differentiate between peoples’ faces. To them, everyone looks the same. In best case scenarios, they might introduce themselves to people they’ve already met, and at worst, not recognise their children when they pick them up from school.

The term prosopagnosia originally surfaced to describe an acute type of brain damage, but there’s also a developmental form of the disorder, which affects around 2.5% of the population. The former diagnosis tends to appear after damage to the occipital-temporal lobe, and develops later in life, while the latter affects people from birth.

In non-sufferers, the brain uses a three-point neural network to recognise faces and to process different parts of it. The network is located in the occipital and temporal lobes of the brain. Prosopagnosia occurs when there’s damage to different sections of this network, which can interrupt signalling and, therefore, processing.

Studies for developmental face blindness are a little less conclusive. Some have shown that functional and structural anomalies in the brain’s wiring might cause the disorder, but there have been no hard and fast results as to what abnormality or genetic marker is involved.

Because face recognition is such an important part of our memory-making process, sufferers often struggle to keep track of information given to them by others, and can have problems socialising and meeting new people.

Because it varies so much from person to person, there are no conclusive tests that can determine whether someone has face blindness.

That being said, there are some neuropsychological assessments that can show whether there is an abnormality in the recognition process.

In one test, sufferers are asked to recognise famous faces, while in another they are asked to identify a target face when it’s shown alongside six other test faces. The images are cropped right down, because many people who suffer with prosopagnosia learn how to differentiate people by their hair colour and clothing.

Is there a cure for face blindness?

There have been several attempts at creating a cure or medication for sufferers, but so far no methods have demonstrated they work in the long term.

However, people with face blindness tend to create coping mechanisms to help them out. They’ll use “feature-by-feature” recognition strategies, and pick people out by their hair style, colour, or clothing choices. This is easy for close friends and family, as sufferers can get to know their gaits, hair, and style, but for people they don’t know, this can cause some sticky situations.

One famous face who doesn’t actually recognise faces is Brad Pitt. In an interview with Esquire magazine, he claims he struggles to remember people he meets. “So many people hate me because they think I’m disrespecting them,” he says, talking about how he has to consistently ask people he’s already met how he knows them.

Now, Pitt prefers to stay indoors so he doesn’t have to face the awkward “who are you, again?” conversations. It’s difficult, though, when you’re one of the world’s top actors, but he seems to take it in his stride. “You meet so many damned people, and then you meet ‘em again,” he says.

The history of face blindness

Face blindness dates back to the 19th century, when there were several documented cases of people not being able to recognise others.

However, the term prosopagnosia wasn’t introduced until 1947, when Joachim Bodamer, a German neurologist, brought light to the disorder in a paper. He listed three distinct cases, one of which involved a 24-year-old man with bullet wounds to the head who was unable to pick out his friends and family.

Later, in 1996, the term face blindness was brought to the table by Bill Choisser. It was picked up and has been used to define the disorder in more casual terms ever since.

So, the next time you meet a person at a party who say’s they’re terrible with names and faces, they might just be being deadly serious. 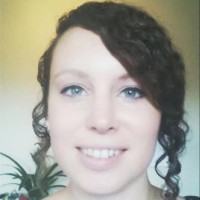