During the 1950’s a lot of curious things happened. The red scare was at its height in the US, and the USSR and USA were locked in a pretty insane nuclear arms race that had the rest of the world biting at its fingernails.

Things were tense, to say the least. Like two ego-fueled high school jocks, two superpowers were always looking for an excuse to flaunt their power and superiority over the other, and heaven forbid if your nemesis outdone you in some manner.

If you have this in mind, it might not be a surprise that the US didn’t really take it well when the USSR beat them to the punch by successfully launching the first satellite ever, Sputnik 1, in the summer of 1957. On the American side, after a couple of failed satellite launches, a bit of panic spread through the US government ranks and thus, merely a year later, NASA started a project under a fairly unassuming name:

‘A Study of Lunar Research Flights’

If you were to flip to the very first page of it though, introductory paragraph of the said project states:

“Rapidly accelerating progress in space technology clearly requires evaluation of the scientific experiments or other human activities which might be carried out in the vicinity of the earth’s natural satellite. Among various possibilities, the detonation of a nuclear weapon on or near the moon’s surface has often been suggested. The motivation for such a detonation is clearly threefold: scientific, military and political.”

In other words, what would happen if we blew up a nuke on the moon. It was believed that this detonation could be seen from Earth and boost morale of American citizens, all the while intimidating the Soviets with such a show of force. In addition, there were scientific reasons, more commonly known as “why the hell not?”

A common belief among military leaders of the time was that the moon could serve as a military high ground, if a nuclear war ever broke out. It might sound crazy, but the cold war era was pretty nuke-happy (even though many prominent scientists, including Einstein, condemned this), and both sides were really, really, afraid of each other. That kind of power and fear makes men come up with all sorts of ideas, all in order to get an edge over your opponent.

In fact, there were plans floating around to equip jet fighters with nuclear anti-aircraft missiles, which simply breaks one’s insane-o-meter when it comes to proposed uses of nuclear energy. To this effect, AIR-2 Genie was made. A 1.5 kiloton yield missile, it was adopted by Canadian and US forces, but it was never actually used and had only one live detonation during testing.

The A119 project had a fairly small, 10-men team of scientists assigned to it, led by a physicist and NASA executive Leonard Reiffel. Among the scientists was a young graduate student by the name of Carl Sagan, who was in charge of calculations that were supposed to predict the behavior of gas and moon dust caused by the nuclear blast – two things that we would actually be able see from Earth after such an event.

If the name sounds familiar, it should:

Carl Sagan became one of the most prominent astronomers of the 20th century, best known for popularizing science with his book and TV show Cosmos, along with numerous other popular science and science fiction works.

Besides the obvious problems, the team also found several scientific obstacles to the project, biggest of which was that blowing a nuke on the moon would ruin the background radiation readings on it.

Thankfully, the government came to its senses and dropped the project in the January of 1959, very reasonably estimating that the US public would be more inspired by seeing astronauts walk on the moon, instead of NASA blowing it up. The whole thing was swept under the carpet and even when the project was declassified some 45 years later, hardly anyone paid attention.

It would seem that the US government was going to get away without any sort of public and media backlash for this one.

However, fate sometimes seems to fudge the dice, and it turns out that Carl Sagan was inadvertently to play a major role in the resurfacing of the A119 documents in 2000.

Namely, after the project was shut down, Carl Sagan applied for an academic scholarship at the Berkeley, California, in which he listed his involvement with the project along with its details, thus breaking its classified status. This again would not have posed any significant problems, if he remained fairly unknown.

Since that wasn’t the case, this tiny breach of national security was discovered by the author Keay Davidson sometime in the mid 1990’. Davidson was writing Sagan’s biography, and ran into this controversial information during his research.

Whether Sagan did this intentionally or not will remain forever a mystery, as he died in 1996, handily avoiding any legal repercussions of his treason (as more patriotic and dramatic government people would call it).

However, the resurfacing of this information prompted Reiffel, the former project leader, to break his anonymity and share more detailed information about the project.

As Reiffel than explained, the basic plan was simple:

Launch the newly developed intercontinental ballistic missile (ICBM) from an undisclosed location, have it travel more than 380,000 Kilometers to the Moon, and detonate it on impact. First plan was to use the hydrogen bomb, but it would have been too heavy, so the end choice was a “smallish” atomic bomb with a yield of around 1.7 kilotons.

By the way of comparison, “Little Boy” nuke that was dropped on Hiroshima had yield of around 15 kilotons. The planned nuclear strike was surely a big deal, but it wouldn’t have been the end of the world.

When asked if NASA had plans to blow up the moon, Reiffel emphatically answered:

If you were to think that the Americans were the only ones crazy enough to come up with such a plan, the Soviets weren’t entirely blameless either. The space race applied to literally every single aspect of space exploration, and the Soviets had their own ambitious moon-nuking plan, dubbed E-4.

This project was also cancelled during its planning stages citing “concerns regarding the safety and reliability of the launch vehicle”. This concern is very telling actually, as it was the most important reason for cancellation of the project on both sides, and also the reason why the whole thing was certifiably crazy:

What happens if the missile (or the rocket) misses the moon or breaks down during flight?

There was a real reason for concern that even a small mistake could end up with the accidental nuking of a random part of the world.

If we fast-forward to 1969 all of these worries are long gone, and the public never actually even knew about them. The US won the space race by landing the first man on the moon, there have been two treaties signed prohibiting the use of nuclear weapons in space, and humanity has avoided a close brush with a potential accidental nuclear war.

Well, at least for now. 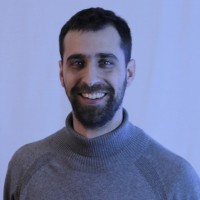 “You cannot make a machine to think for you”. This was the beginning of a talk held in Manchester, England on one,...